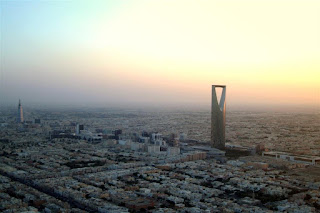 Perhaps you've seen or visited Riyadh, Saudi Arabia. It's hard to miss the Kingdom Tower, which has been a major landmark in the city since 2002.

The Kingdom Tower is owned by Prince Al-Waleed bin Talal, a prince of the Saudi royal family. It is also the headquarters of his holding company: Kingdom Holding Company.

The traditional Adhan (azan), the call to prayer, is done from minarets throughout Muslim countries 5 times a day.

I wonder if it occurred to the Prince that his building might serve as a modern reminder to the people of the city that they should floss? 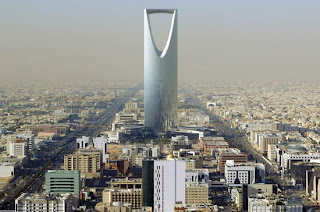